Turning Totems is one of the best online slots played with 5 reels and 11 fixed paylines. The game’s theme is based on ancient Mayan civilization and is depicted by totems and face symbols of humans, birds, and animals. The background is a silent desert with rocky mountains and cacti that typically resemble south American outskirts. The reels are totems with facial symbols of humans and animals along with a red Indian guard holding a wooden staff in his hand. There is nice Mexican music in the background that makes you feel like dancing to its tune. Played with betting amount from £0.10 to £100 per spin, this game offers various bonuses to win from too.

About the developer of Turning Totems:

This unique online slots game was developed by Thunderkick, a popular online casino game developer who has produced some of the most famous slot games for online users. Their games are supported on various devices like computers, mobiles, and tablets, and are licensed by gaming commissions in various countries.

This amazing online slots game pays two ways from left to right and right to left that makes way for multiple winning combinations in a single spin. The base symbols are tiger face, red bird, pink beast, green woman, blue man and a sleeping vulture. Tiger face symbol pays 1000 times when five of them land in a straight line on the middle row which is the top value combination with two-way pay. The vulture is the bonus symbol but this time an awakened one with a W glowing over its face. 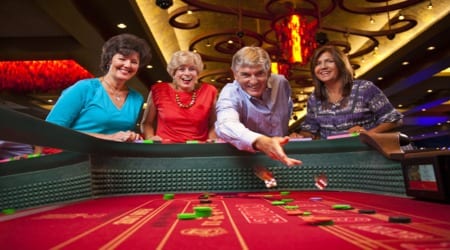 Summary: This is the online slots game with the highest probability of winning due to two-way pay on an active payline. The bonus level in this game offers higher winning stakes where you can win lots of money.