ELK Studios (NYX) powered Taco Brothers Saving Christmas is a special festive edition slot. This online slots real money game is based on the original game Taco Brothers. Sunlit Mexico is under the cloak of winter in this video slot.

About the Developer of Taco Brothers Saving Christmas – Play Now!

Established in 2012, ELK Studios have come up as a casino software development specialist. ELK Studios (NYX) have developed this exciting and engaging online slots real money game. Get ready for adrenaline pumping action!

This online slots real money game is played using 5 reels and there are total 243 ways in which you can win in this slot. The bets can be placed from as low as 10p to the maximum £50 per spin. The online slots real money game is playable across all compatible devices. Santa Maria, Mexico is witnessing light snowfall and gives a peaceful winter view. The Christmas themed slot features same taco brothers Pepe, Paso and Pico who are all set for the revelry and also are trying to save tacos from the wicked Captain Diaz.

The symbols here are same as the original game. They are presented with festive décor and include guitar, cacti, tequila bottles, spades, and mining lamps. The three brothers can also be seen on the screen. Highest paying among them is Paso who gives 400 coins if you land five of them on a payline. The wild symbol is the gold bell that substitutes for everything except the bonus and respin symbol. 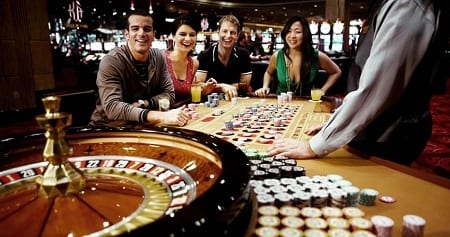 The other features of this online slots real money game include:

Taco Brothers Save Christmas may be similar to the original version but differs in many things like graphics, animations, audio and greater variance.

Online Slots Real Money-Keep What You Win With Express Casino