If there is any game with a multitude of bonus features with stunning graphics and sounds to benefit you in every way, it is Shangri-La. In this best slots bonus UK game, you can play with five reels and 15 fixed paylines. The game is based on an oriental theme featuring Tibetan temple in the midst of beautiful river flow in the background. To help you focus on the game and create a soothing atmosphere, there is a nice ancient Asian music that plays along. Overall, the game offers a treat to the eyes and ears of the players. And there are many bonuses that make the game one of its kind. The betting limit is set just between 20p and £200 per spin.

About the developer of Shangri-La

This visually appealing best slots bonus UK game was developed by NextGen (NYX). They are one of the leading online casino game development companies in the world. Their games are made using modern technologies that allow users to play them on various mobile devices as well.

The symbols of this best slots bonus UK are white tigers, rhinos, temples, lotus, knife and elephants. The white tiger is the highest paying symbol with 500 times the stake on five of its appearance on a payline. The symbols that pay you the least are represented by playing cards diamond, spade, club and hearts. They are designed like precious and colourful gemstones that look very attractive on the reels. All symbols pay left to right and display amazing animation when appearing as part of winning combinations. The bonus symbols three different girl pictures, four different oval shaped artefacts and one golden prayer wheel. 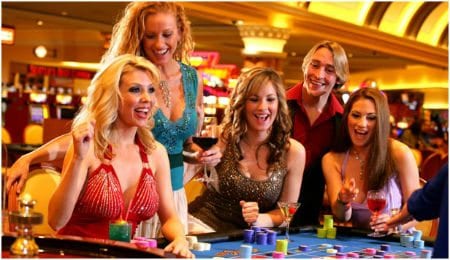