You can play a fantasy-themed Casino Slots Bonus game by NextGen titled Renegades. This is a 243 ways to win slot that can be played online at Express Casino. In this game, players can also trigger a free spin bonus feature to boost your overall payout. Learn a bit more about this slots from reading the review below.

A Casino Slots Bonus Game With 243 Ways To Win

What should excite video slot players about this five reel game is that it has 243 ways to win. Players can win this Casino Slots Bonus game when they land identical icons from left to right on adjacent reels.

The reels of this slot are set against a backdrop comprising of snow-top mountain ranges. On the reels, players can expect to see five precious gems. There are also five renegades from different realms. You have Raffaela of Blaze, Harriet from Hellstorm, Ivy of Sabreclaw, Valda the Dragonslayer and Freya the Valkyrie of Valhalla. 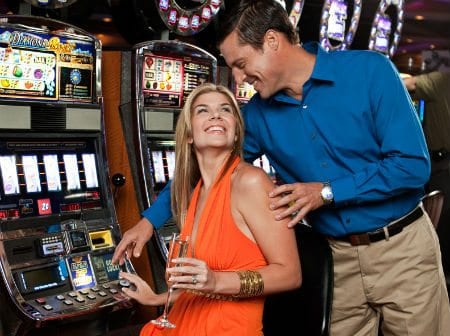 In this Casino Slots Bonus game, you have two elements of nature representing the Wild and Scatter symbols. The Wild icon is depicted as a Fire element while the Scatter is depicted as Ice.

Players can substitute every other symbol on the reel with the wild icon except for the scatter symbol. With five wild symbols on visible spots on the reels, you can earn for yourself 250 coins.

You can activate an Ice Scatter Free Spins and earn 8 free spins by landing at least three Ice Scatter symbols on reels 3, 4 and 5. Players will also earn a minimum stake multiplier of 2x and a maximum of 10x. This feature can also be retriggered within the round when players land three extra ice scatters.

This is a Casino Slots Bonus game with randomly appearing mega symbols. These large symbols will occupy a minimum of three reels vertically and horizontally. With the mega symbols, players will boost their chances of gaining combination wins and decent payouts.

Renegades can be played on Express Casino gaming site and offers a thrilling theme with cool graphics and engaging background music. The 243 ways to win is a nice departure from regular paylines. The mega symbols will boost your rate of winning, and a 759x stake multiplier can be earned when Freya is the mega symbol on the show. Players should expect to play a mobile slot that is compatible with most mobile devices including their mobile phones and tablets.